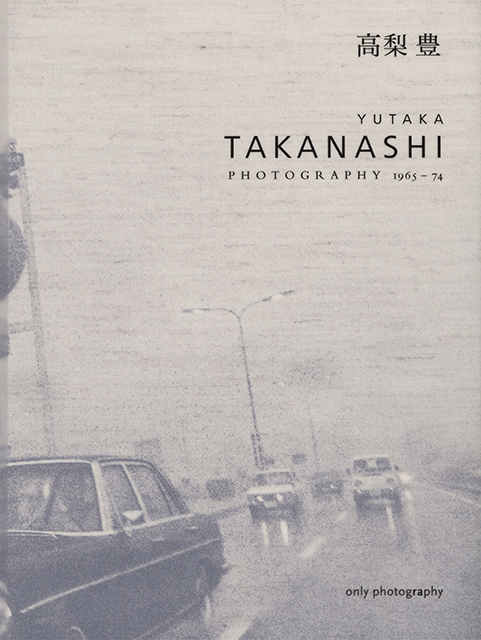 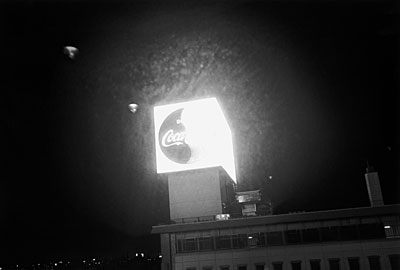 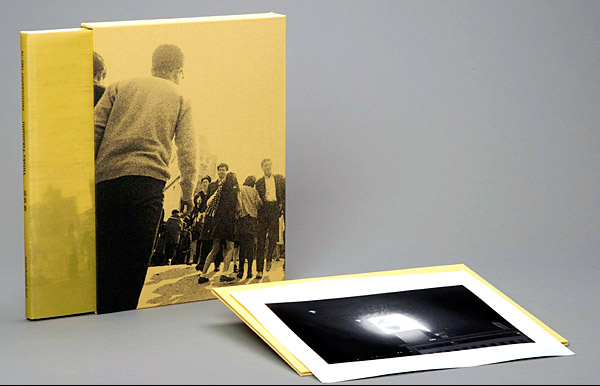 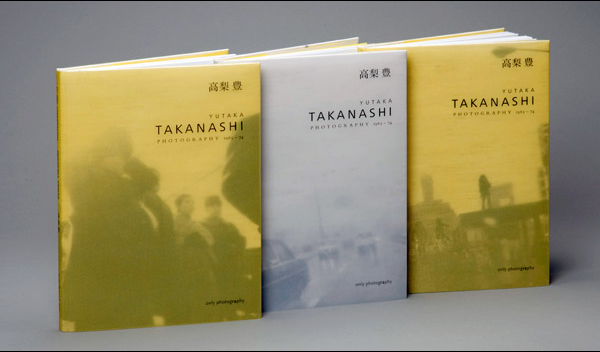 Editions numbered 1 – 30: include a gelatin-silver print
of the photograph "untitled" from Toshi-e (double page 19–20), personally printed and signed by the artist, in the same format as the book. The book along with a separate portfolio containing the print, both bound in linen, are enclosed in a printed linen slipcase.

Yutaka Takanashi belonged to the small group of photographers who launched the magazine Provoke in 1968/69. The magazine had considerable influence on Japanese photography of that period. He was one of the founding members of this group along with the photographer Takuma Nakahira, the critic and photographer Kôji Taki, and the theorist Takahiko Okada. Daidô Moriyama joined the group during the production of the second issue.

As a member of the small Provoke collective, Takanashi was able to find a new theoretical approach and its visual language. The influence of this group and of the magazine on the photographic scene in Japan was immense. Nobuyoshi Araki described Provoke in retrospect as the trigger of an explosion in Japanese photography. In the following years the Provoke photographers produced major works in terms of photographic history, whereby Yutaka Takanashi defined the high point as well as the end of this era with the publication of his first book, Toshi-e (Towards the City), in 1974.

This two-part book set new standards in terms of design, materials and craftsmanship. In a compartment behind the larger volume, Toshi-e, one finds an earlier series in the smaller format volume, Tôkyô-jin; it seems to have provided the basis for the larger book. The smaller volume is designed to look like a printed notebook on simple paper. This combination is indicative of Takanashi’s non-dogmatic treatment of the different visual styles and approaches of the 1960s. While he shows the real Tôkyô on the verge of becoming a modern urban society in Tôkyô-jin and names the concrete location at which each of the photographs was taken, Toshi-e contains a view of an urban landscape that has no defined location.

Our book, Yutaka Takanashi, Photography 1965–74, presents a representative cross-section of these two pioneering photographic series in 35 full-page illustrations and 6 foldouts. An extensive biography, list of exhibitions and a bibliography round off this publication. The book won the 1st price as the photo book of the year in Arles.  The limited edition of 500 has been published with three different covers. Just a few copies are still available.